THE HUB FOR THE PLANT-BASED MOVEMENT

WHOLEXPO focuses on educating and empowering the global community to achieving human and environmental health through a sustainable and conscious plant-based lifestyle.

A Whole in one!

Through informative and innovating sessions WHOLEXPO focuses on demystifying concepts of optimal human nutrition, lifestyle, and wellbeing, as well as providing education, empowerment and clear calls to action for ethical and environmental sustainability.

Opposite to “partial” or “reductionist”, WHOLE means a comprehensive and cohesive evidence-based approach in all aspects of human and planetary wellbeing.

Wholexpo is based in a comprehensive and cohesive (wholistic) approach to wellbeing as described in the Universal Guidelines for Human and Environmental Health.

AN EVENT FOR EVERYONE 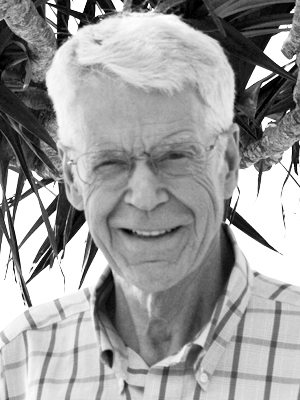 Caldwell B. Esselstyn, MD., is a trained surgeon from the Cleveland Clinic and the St. George’s Hospital in London, author of the book Prevent & Reverse Hearth Disease, and director of the cardiovascular prevention and reversal program at The Cleveland Clinic Wellness Institute. 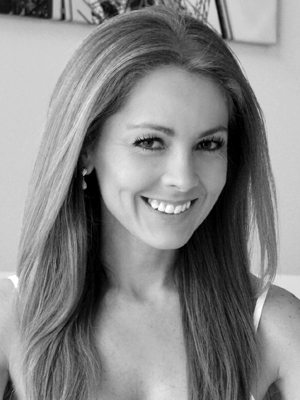 The founder and editor-in-chief of the award winning publication Naked Food magazine, founder of the International Association of Reversive Medicine, and the founder of WFPB.ORG, a non-profit organization that empowers human and planetary health through a plant-based lifestyle.  Margarita is the author of the evidence-based Universal Guideline for Human and Planetary Health available in over 5 different languages, and the author of four whole food, plant-based Culinary Medicine cookbooks. She has brought the plant-based movement into the limelight in the United States, Canada, and Latin America through a stylish and practical approach to cohesive / wholistic education pioneering human and planetary health and sustainability as a whole. 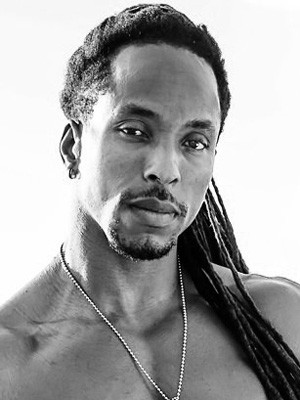 Torre Washington is a professional bodybuilder, National Academy of Sports Medicine Certified Coach, sprinter, and animal lover. From a young age, he became fascinated by the human body and began sculpting his own body with a dumbbell and a bench. 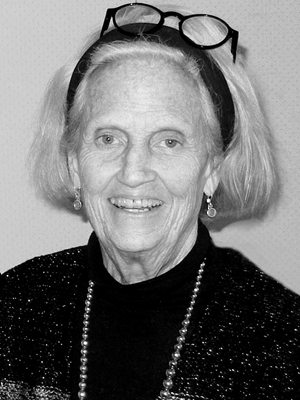 Ann never stops looking for ways to bring that important agenda to delicious life, devising ever more practical and powerful ways to shop, cook, and engage even the most reluctant eaters in the plant-perfect diet.  She is a graduate of Smith College and holds a Masters in Education from Wheelock College. Ann taught English and History for 27 years at Laurel School in Cleveland, Ohio, where she received the Hostatler Award for Outstanding Teaching. 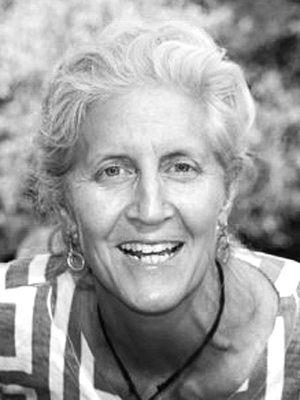 Jane Esselstyn, RN.,  is the co-author of The Prevent and Reverse Heart Disease Cookbook,The Engine 2 Cookbook, and the creator of the recipe sections of #1 NYTimes bestseller, Plant-Strong and The Engine 2 Seven Day Rescue, by Rip Esselstyn. Her annual conference, Prevent and Reverse Heart Disease and Autoimmune Disease for Women, focuses on the power of a plant-based approach to eliminate this #1 killer of women and other preventable, lifestyle related diseases. 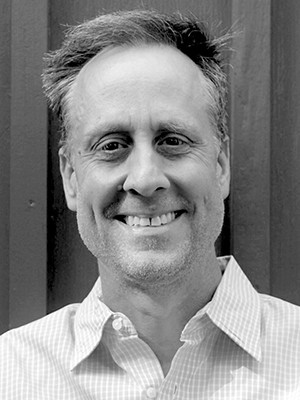 Brian Hart, M.Ed. is a highly experienced educator with over twenty-five years in the field as a teacher, administrator, consultant, and advocate for school change in both the public and private sectors. Brian specializes in working with organizations to help them create immersive, hands-on, experiential programs designed to transform thinking and build problem-solving skills. He is a former Outward Bound instructor, wilderness EMT, plant-based chef, middle school principal, and carpenter. When not educating others about the benefits of whole food, plant-based nutrition, Brian is a committed ultra-endurance athlete with four Ironman finishes to his name, among other run, bike, and ski events. Brian graduated from Dickinson College with a BA in History. He earned his M.Ed. in teaching and curriculum design from Ursuline College. Brian also holds a Rouxbe Plant-Based Cooking Certification and a Montessori Adolescent Educators endorsement. 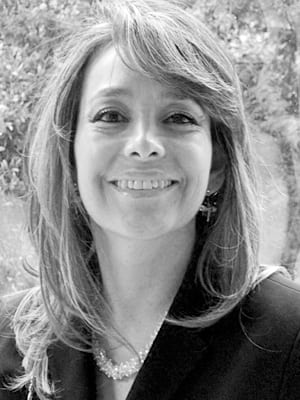 Diana Inés Esguerra, MD., is the Reversive Medicine Director for WFPB.ORG Colombia.  She is a surgeon from the National University of Colombia, specialized in Emergency and Intensive Care, as well as alternative therapies. She has dedicated herself to clinical practice with therapeutic success for more than 20 years, having as fundamental basis whole food, plant-based nutrition for the prevention and reversal of chronic diseases. Dr. Esguerra is an expert in the practice of traditional Chinese medicine, Ayurvedic medicine, and quantum medicine, among others. She is a member of the Board of Directors of the Colombian Vegetarian Society and of the Association of Medical Researchers in Alternative Therapies (ASMIT). 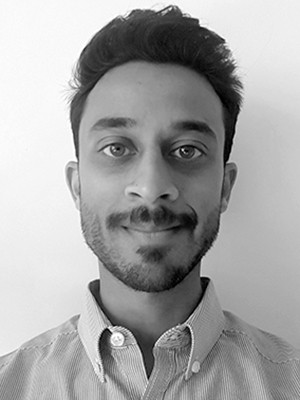 Dr. Shah is a General Practitioner and nutritional therapist based in London and the Director of Reversive Medicine for WFPB.ORG in the UK. He studied at the Hull York Medical School (Yorkshire, England) and gained his qualification with the Royal College of General Practitioners in 2015. He attained his nutrition qualification with the College of Naturopathic Medicine. He is a passionate whole food, plant-based nutrition advocate, providing talks and education for health professionals and the general public.

Dr. Shah is dedicated to helping people transform their lives through good health and inner happiness. He feels deeply connected and dedicated to the wellbeing of our wonderful planet Earth, and sees human and planetary health as being interconnected – one cannot be without the other. Thus by looking after both, humanity can live in harmony with the environment and build a cleaner and brighter future for all. 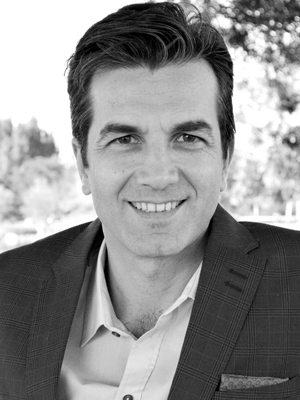 Michele Lastella is a filmmaker and sustainability expert, co-author of Naked Food Magazine’s Master Plants Cookbook. He is the founder of Sustainable Media, a multimedia company focused on uncovering information through investigative research. Michele is a Reiki Master and a producer of biodynamic wine and olives. Michele is working to bring the whole food, plant-based message to Italian speakers and is the director of WFPB.ORG Europe. He is a graduate from the National Academy Of Dramatic Art in Italy, a theater and film writer, and a professor at the New York Film Academy. 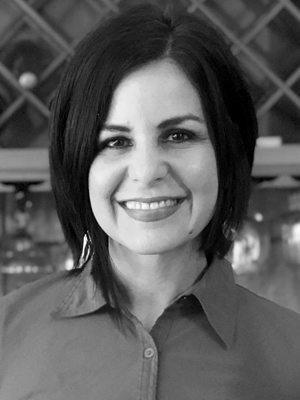 Dr. Capó is a certified instructor for PCRM’s Food for Life and CHIP (Complete Heath Improvement) programs. Dr. Capó collaborated with the GEICO Workplace Nutrition Study coordinated by the Washington Center for Clinical Research.  She practices as a health and nutrition coach in her consulting practice The Food Pharmacy located in Sarasota, FL. Dr. Capó also practices as an Instructor and Spanish Outreach Coordinator for the T. Colin Campbell for Nutrition Studies. She has been able to accomplish these endeavors with the love and support of her husband and four plant-strong children.

Ashwani Garg, MD is a family physician based in Lincolnwood, IL.  Dr. Garg completed a degree in biomedical engineering and medical school from Northwestern University, after which he attended family medicine residency at Hinsdale Hospital. He was in private practice for 15 years and was inspired by the movie “Forks over Knives” and CNN’s “The Last Heart Attack” to adopt a plant-based diet and to work with his patients on healthy lifestyle changes. He is a founding member of the International Association of Reversive Medicine and he is WFPB certified. He is board-certified in lifestyle medicine in addition to having completed a certificate in plant-based nutrition, and has adopted an integrative approach to his medical care for all ages, birth and up. 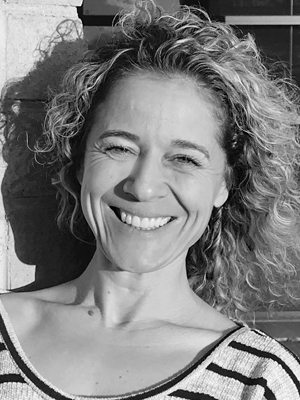 Toni is the Certification Director for WFPB.ORG.  She has spent her entire 22-year career in the fields of product development, marketing, supply chain and operations of consumer packaged goods, particularly cosmetics, skin care and nutrition products. She is the principal of Inventive Product Group, a firm that takes concepts and ideas into finished products through positioning and product development. Toni holds a degree in Business with an emphasis on Marketing and International Business from California State University. She has also earned a Plant-Based Nutrition Certificate from The T. Colin Campbell Center for Nutrition Studies.

We are looking for sponsors, partners, and collaborations that want to help further the message of human and planetary sustainability through plants. Drop a line and let us know how you would like to participate.

Earn free access to all of WHOLEXPO’s talks and activities, make new friends, and help us pioneer the new standard for plant-based, sustainable, vegan, and conscious events.